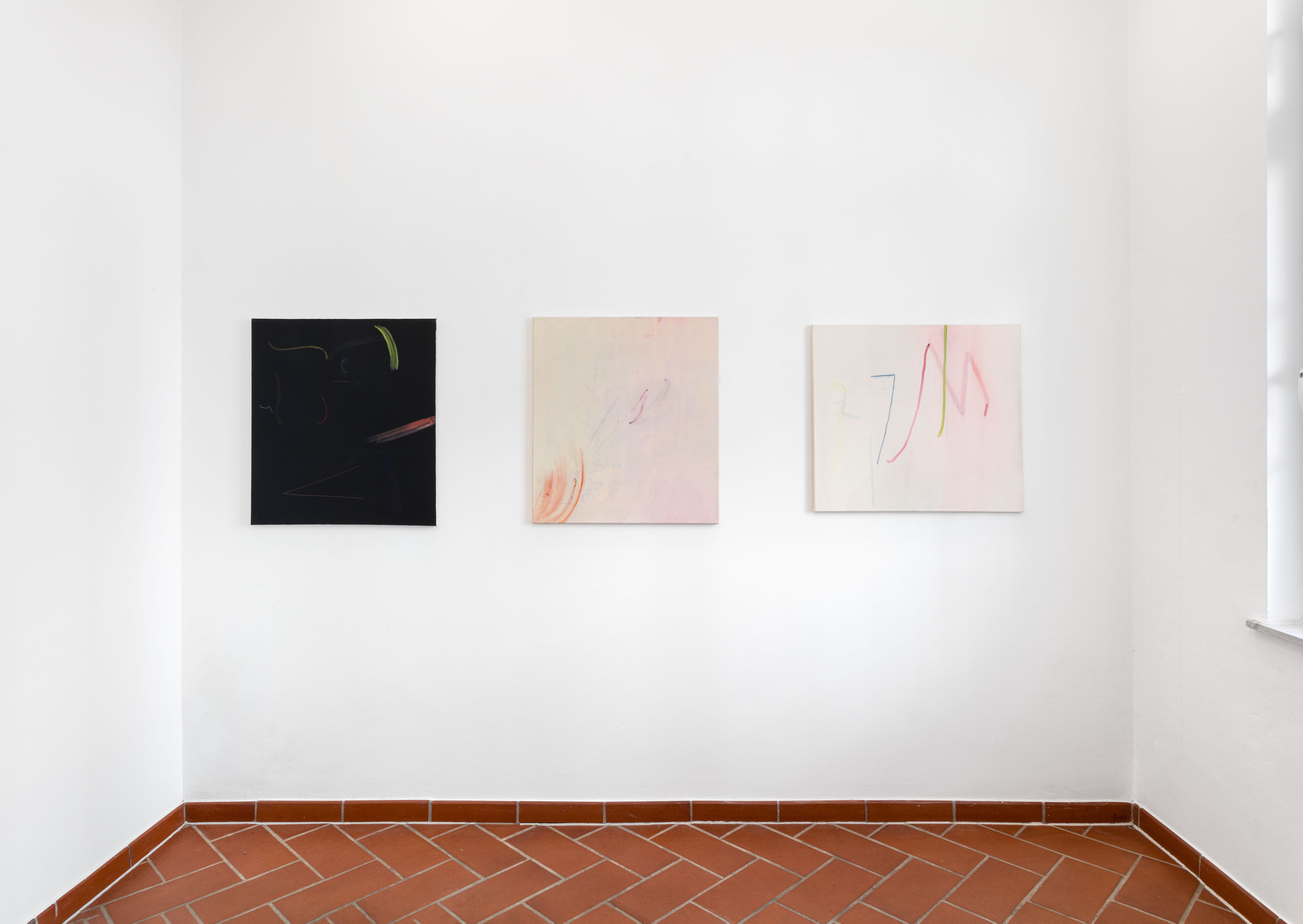 Erika Krause is an artist of lines. But while Krause’s cryptic alphabet only allows an intuitive reading (humankind is driven by an impulse to read what has never been written – from hand palms to star constellations), lines in modern sciences have enabled us to translate that which exceeds the sense of sight.

Infrared light, X-rays and electromagnetic fields – natural sciences had discovered a number of invisible forces when Hilma af Klint, in 1906, created the first abstract painting art history is aware of. For Af Klint, non-representational painting was medium channeling those supernatural forces that would always remain off limits for science. Since then, abstract painting has been building bridges across time: It became a representation of the non-visual (as in af Klint and Kandinsky), or a medium of spontaneous self-expression, as in the œuvres of Abstract Expressionism. Seeking expression, Cy Twombly’s hand (an exponent of the latter) dynamically moved across large canvases. Erika Krause’s brushstrokes share a similar drive, while exploring a fragile balancing between asceticism and play. Her compositions are calligraphic in a time when we are losing our handwriting; and they are seismographic in their transmission of mental states, as they communicate themselves through the brush-extended fingertips of her hand.

Breath, heartbeat, pulse – even in a state of rest, the human body is full of rhythms. At the end of the 19th century, natural scientist Etienne-Jules Marey managed to graphically record the electrical activity of the heart (the sharp waves today known as electrocardiograms). Using chronophotography, Marey also captured the calligraphic loops drawn into the air by the tip of a bird’s wing. In some of Krause’s paintings, created in her idyllic studio in the heart of nature, these wing beats seem to echo dreamily.

If abstract art flourished in the 20th century, so did a new spirit of rationalization. Frank Gilbreth, rather than studying birds in the sky, looked at human movement in repetitive work flows. His goal was to eliminate any gesture that did not immediately serve the task at hand. Today, interface developers patent our gestures and we move through space along the blue lines of GoogleMaps while our decisions are algorithmically anticipated. In contrast to our daily consumption of visual worlds saturated with manipulative subtexts, abstract art is anti-illusionist – and in that way anti-ideological.

With her gently balanced abstractions, Krause creates structures that resist regimes of anticipatory recognition and determinations to fixed meanings. They practice a sense of empathy that boomerangs us back into our own bodies, via the rhythm of her lines. 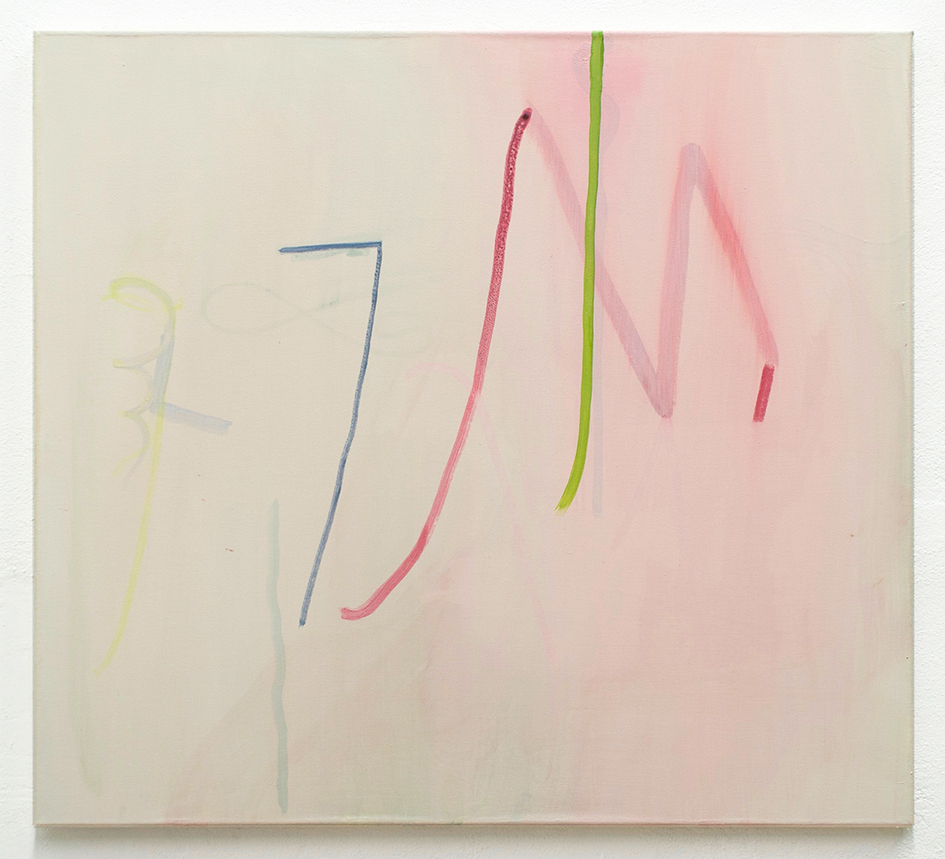 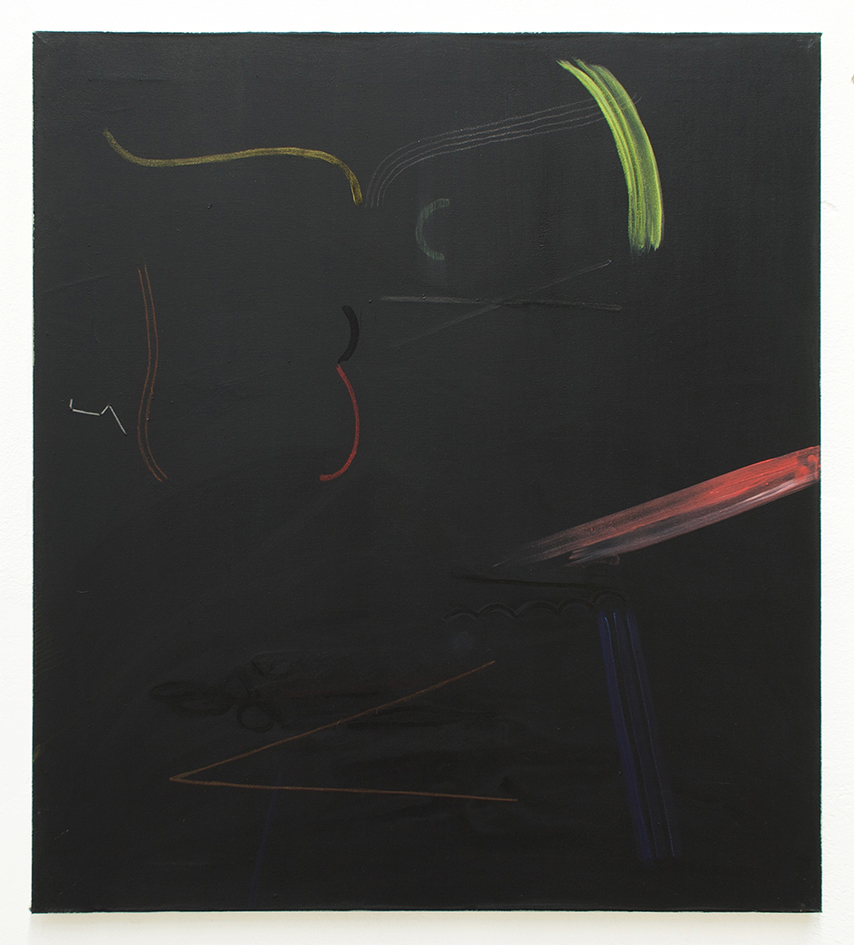 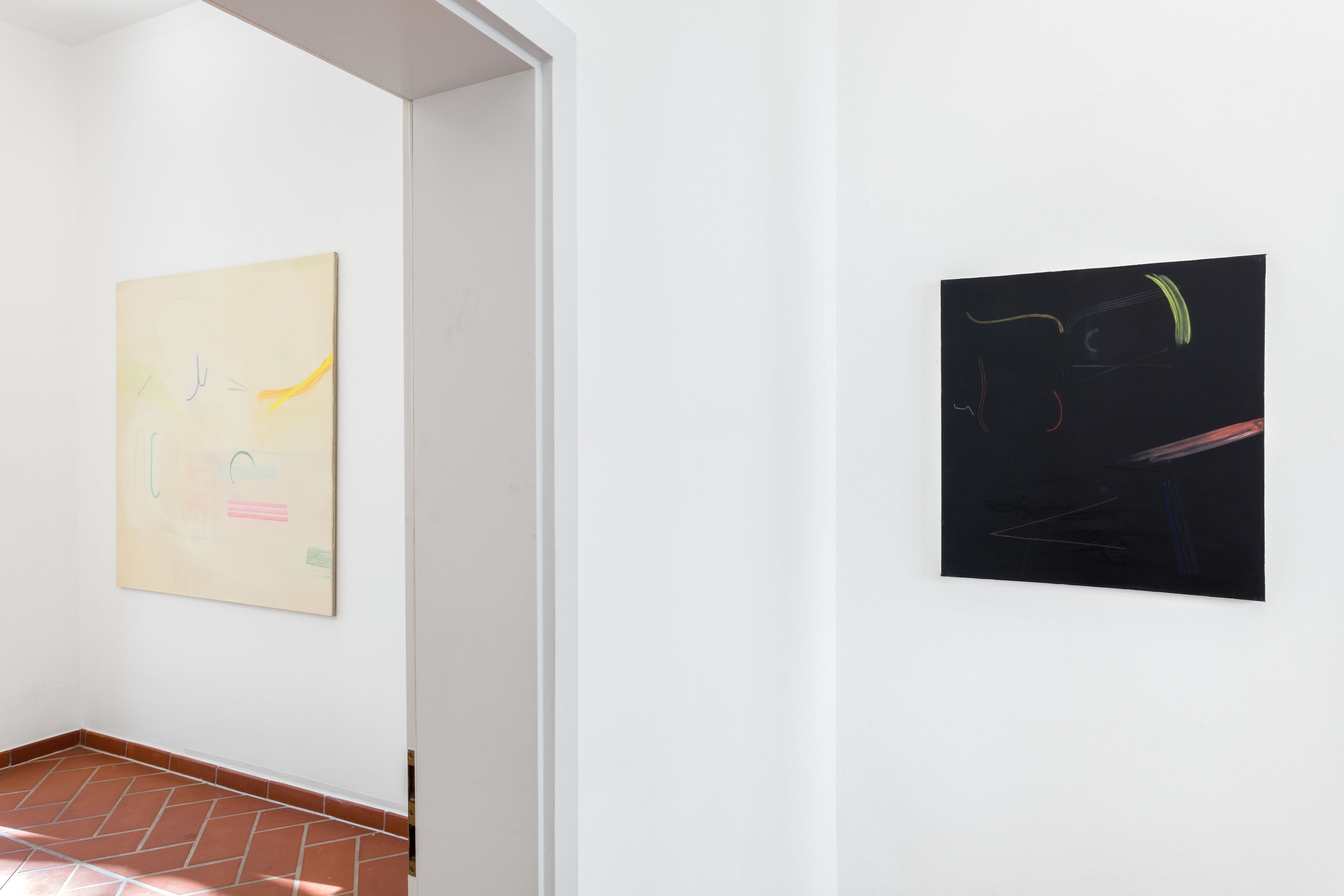 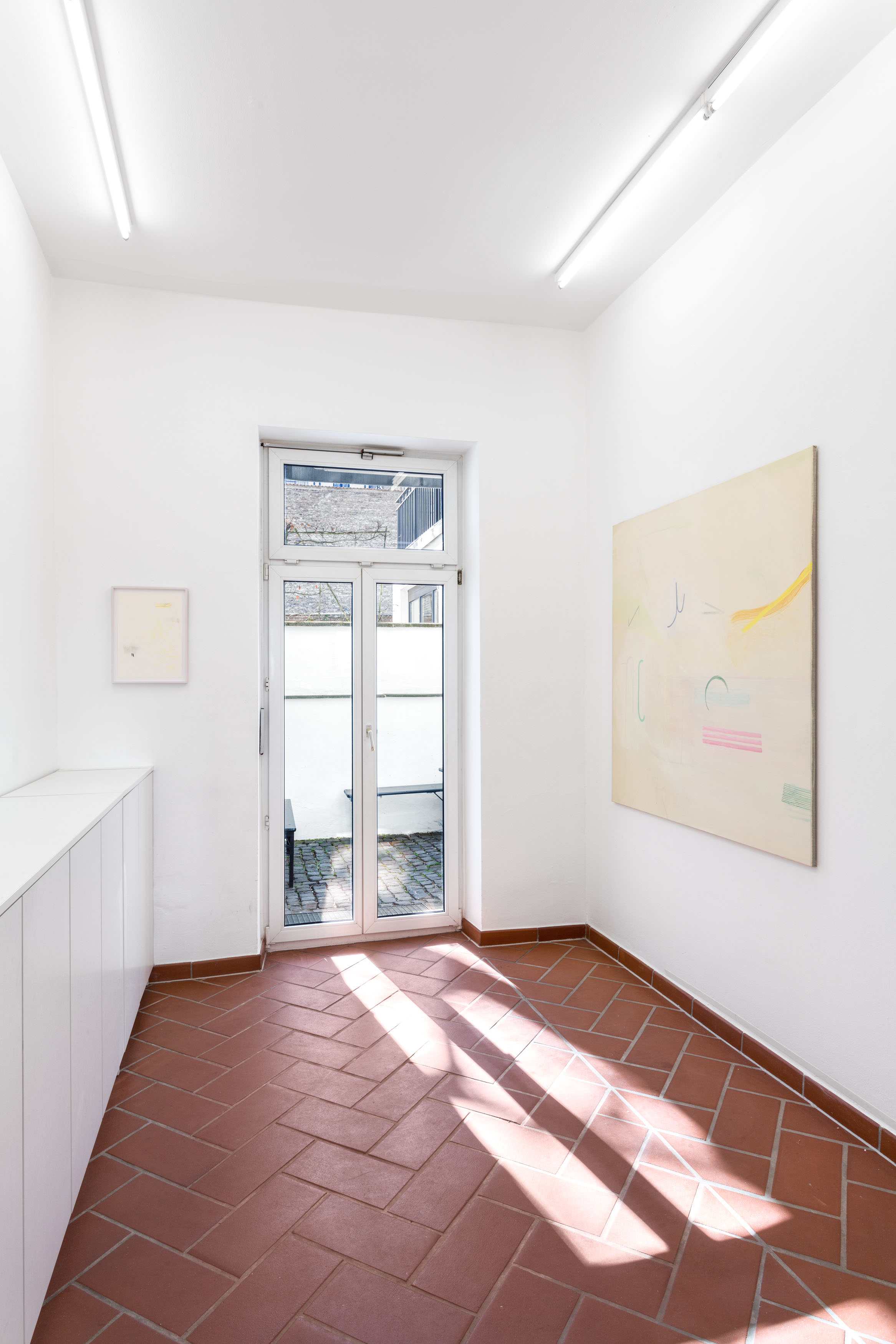 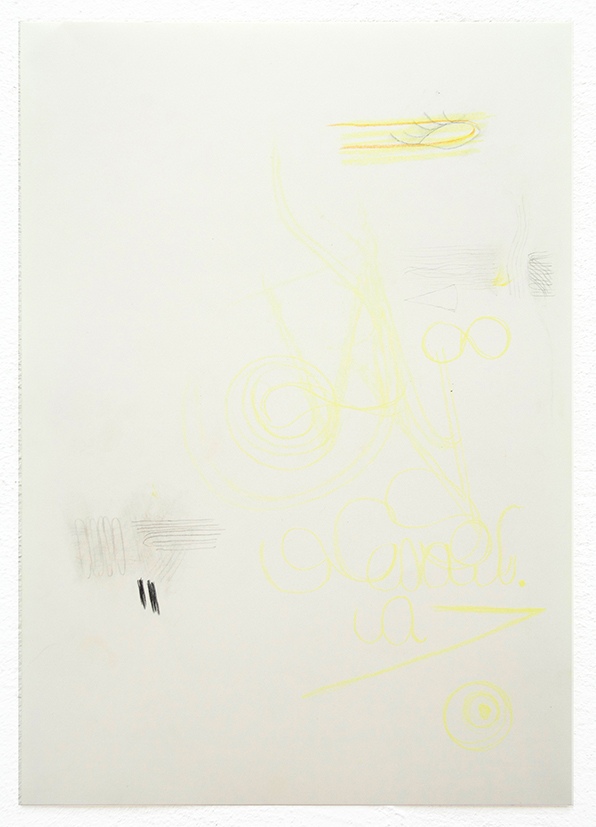 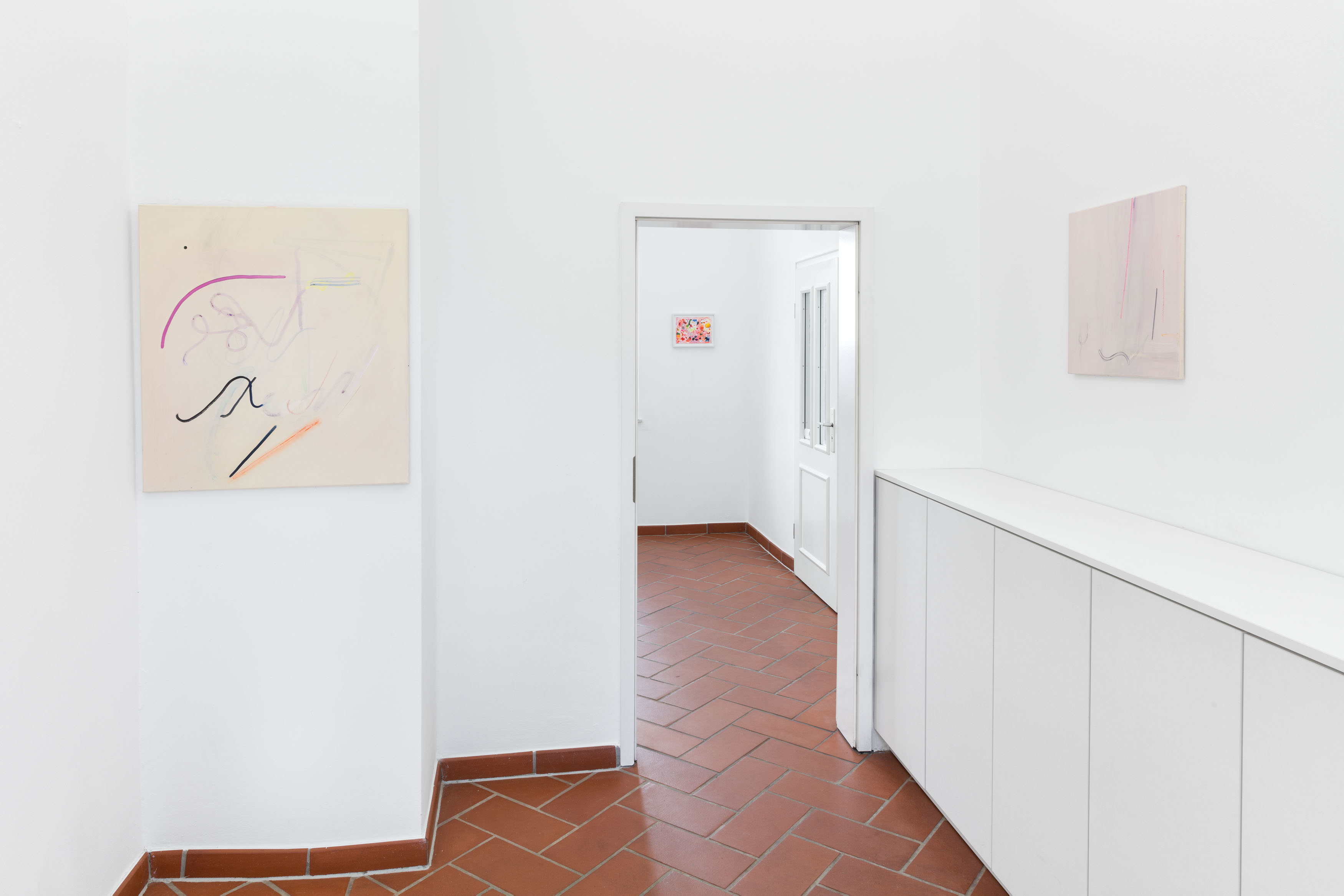 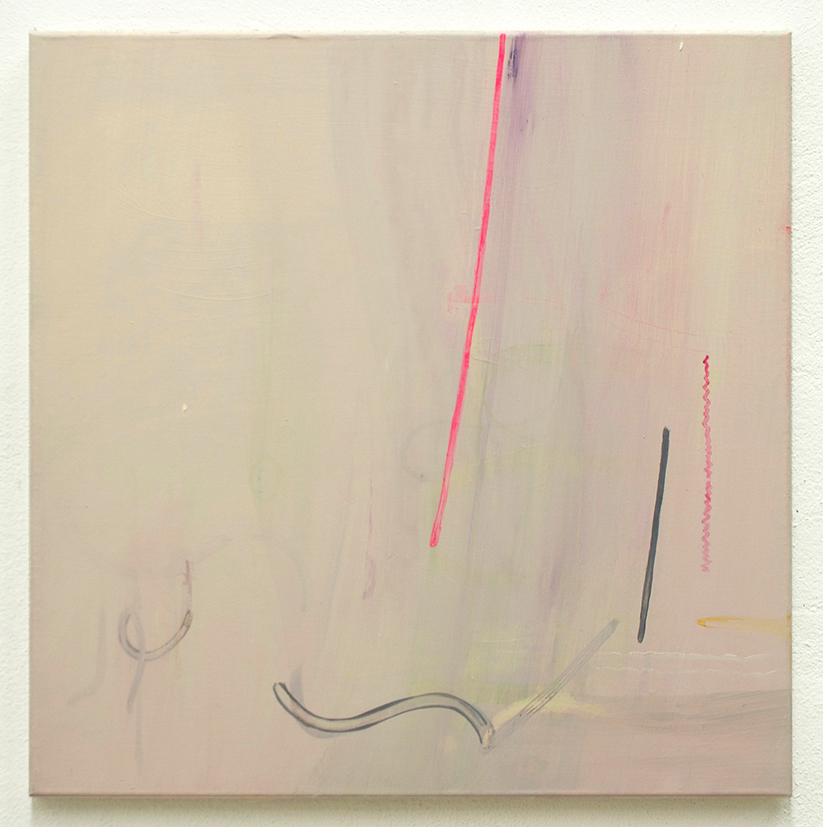 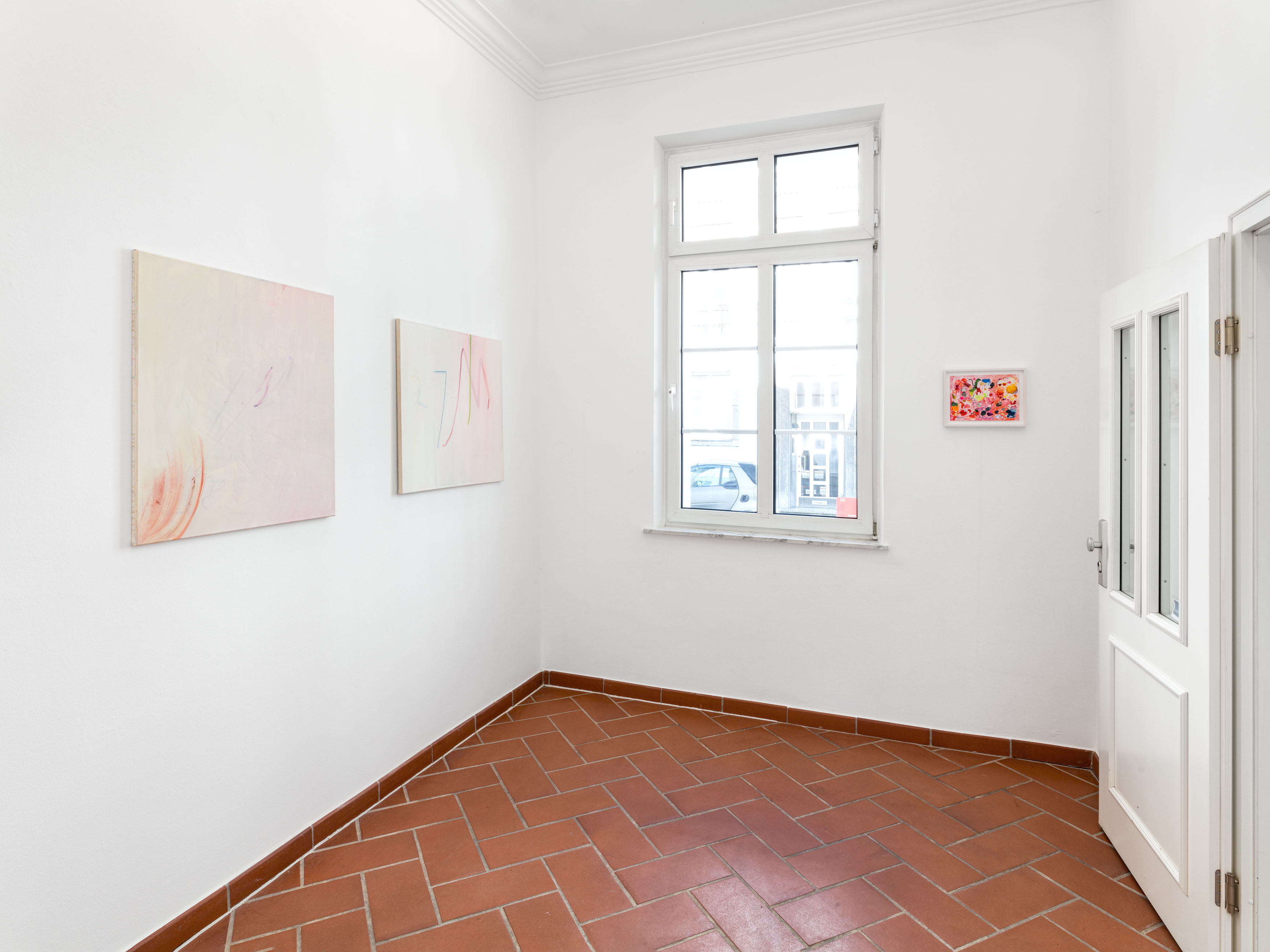