Sauvage is pleased to present Ombres d’hommes bâclés à la six-quatre-deux, a solo exhibition by Belgian artist Benoît Platéus. The show exposes installative works referencing on the medium of photography and, at the same time, reflecting on the process of visual perception and cognitive awareness. In this sense, the exhibition is more about the brain than the eye – more about concept than image.

The medium of photography is light. Without light there is no image. The simplest arrangement for generating a two-dimensional image of the external world – entirely on the basis of light – is a dark room with a hole in the wall. A Camera obscura serves also as a metaphor for human perception and, in a broader sense, visual consciousness. The works in this exhibition, however, manifest a paradox: light leads to a shading (‘obscuration’) of the display. The more light there is, the more the image fades. The arrangement of light bulbs on the surface of enlarged human faces interferes with target points of visual saccades responsible for facial recognition, thus, perturbating the percept. On the other hand, a visual aura is created. Exposing the medium of light in this paradoxical sense, Benoît Platéus provokes thoughts on the physical foundations of visual perception, propagating a discursive reflection on the medium of photography.

Benoît Platéus was born in 1972 in Liège, Belgium and currently lives and works in Brussels. His work has been exhibited at Palais de Tokyo, Paris; Mu.ZEE, Ostend; Karma, New York; Almine Rech, London; Galerie Albert Baronian, Brussels, among others. Most recently (2019) he had his first museum retrospective at WIELS, Contemporary Art Centre in Brussels, which was accompanied by a fully illustrated catalog and later traveled to Bonner Kunstverein. 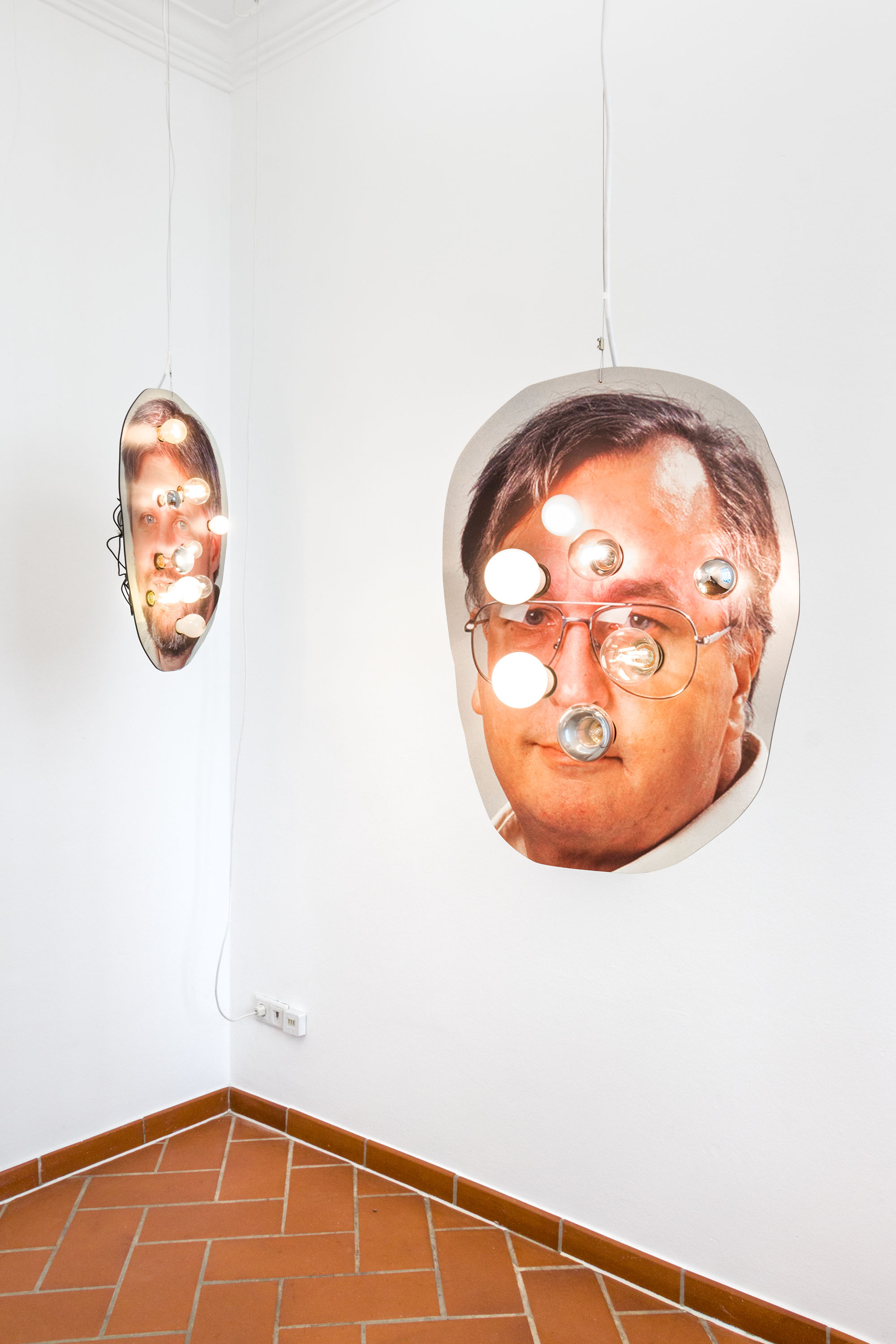 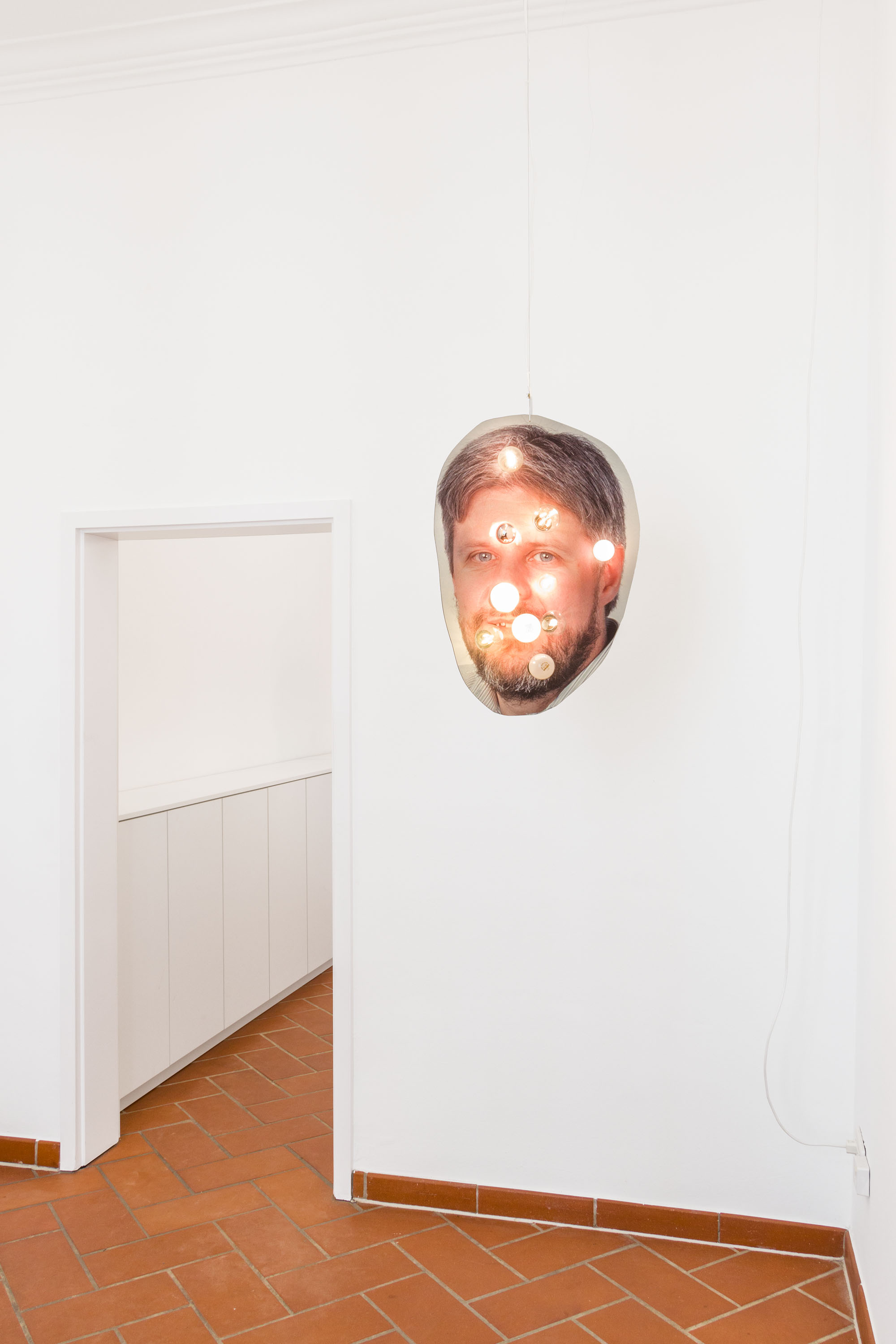 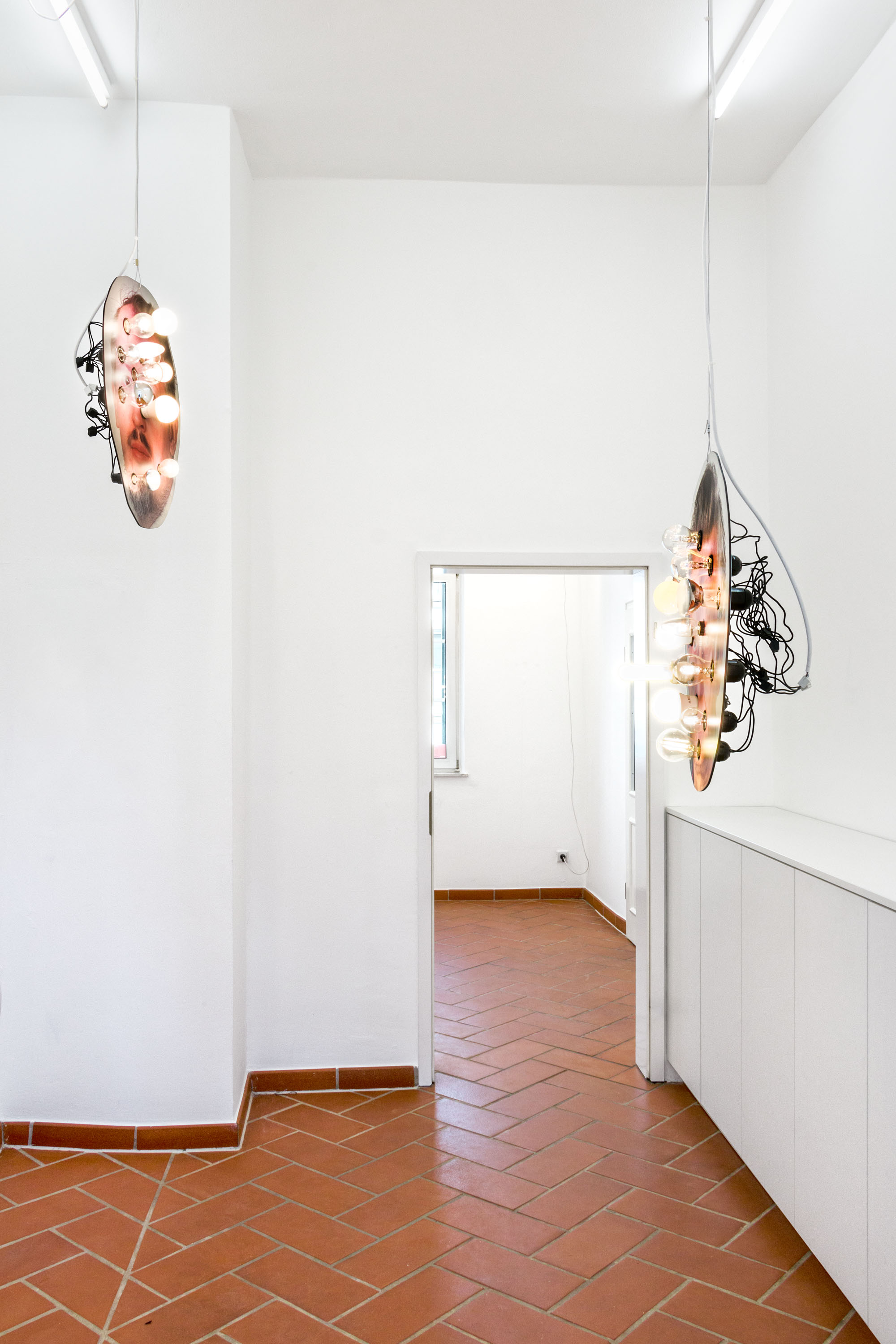 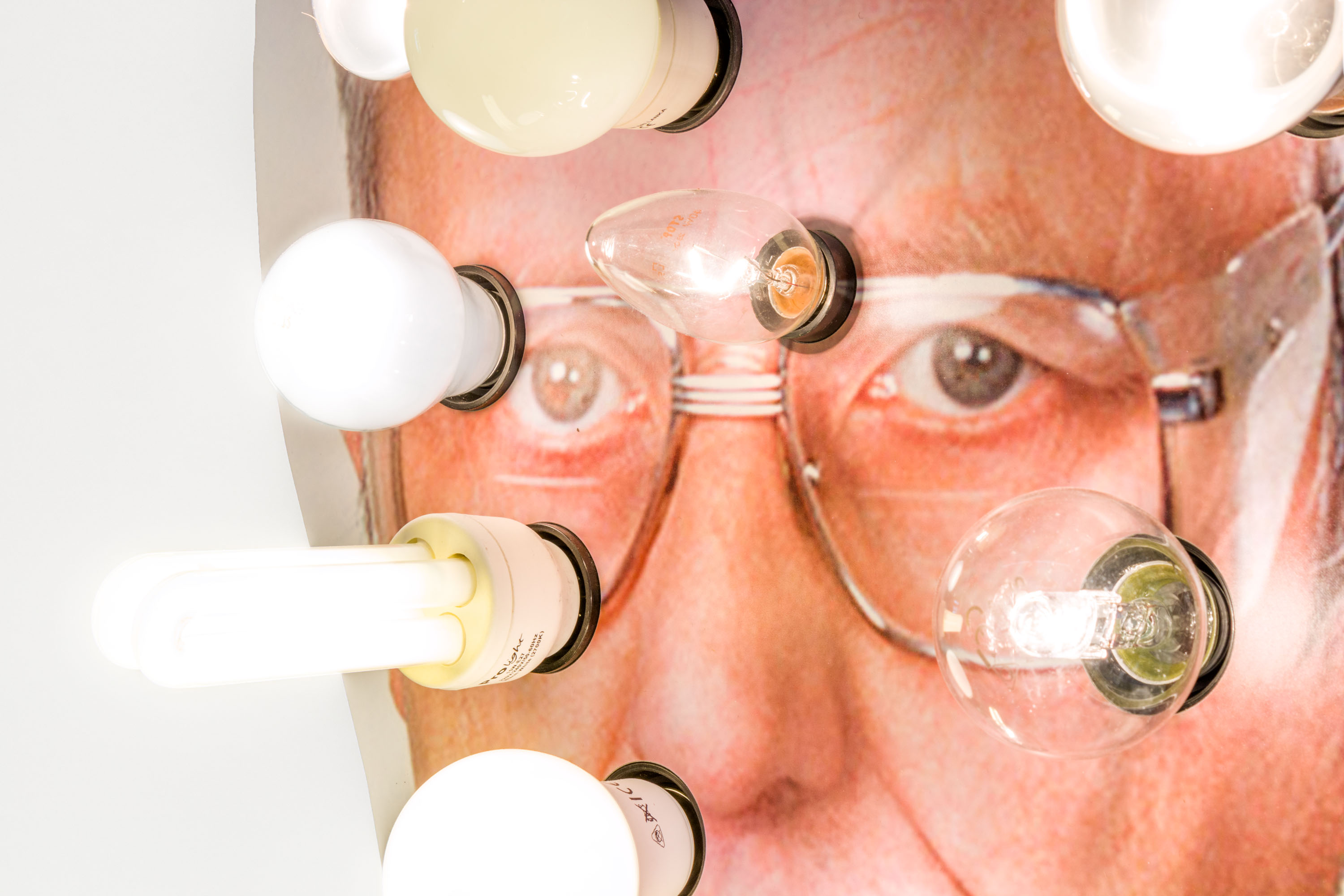 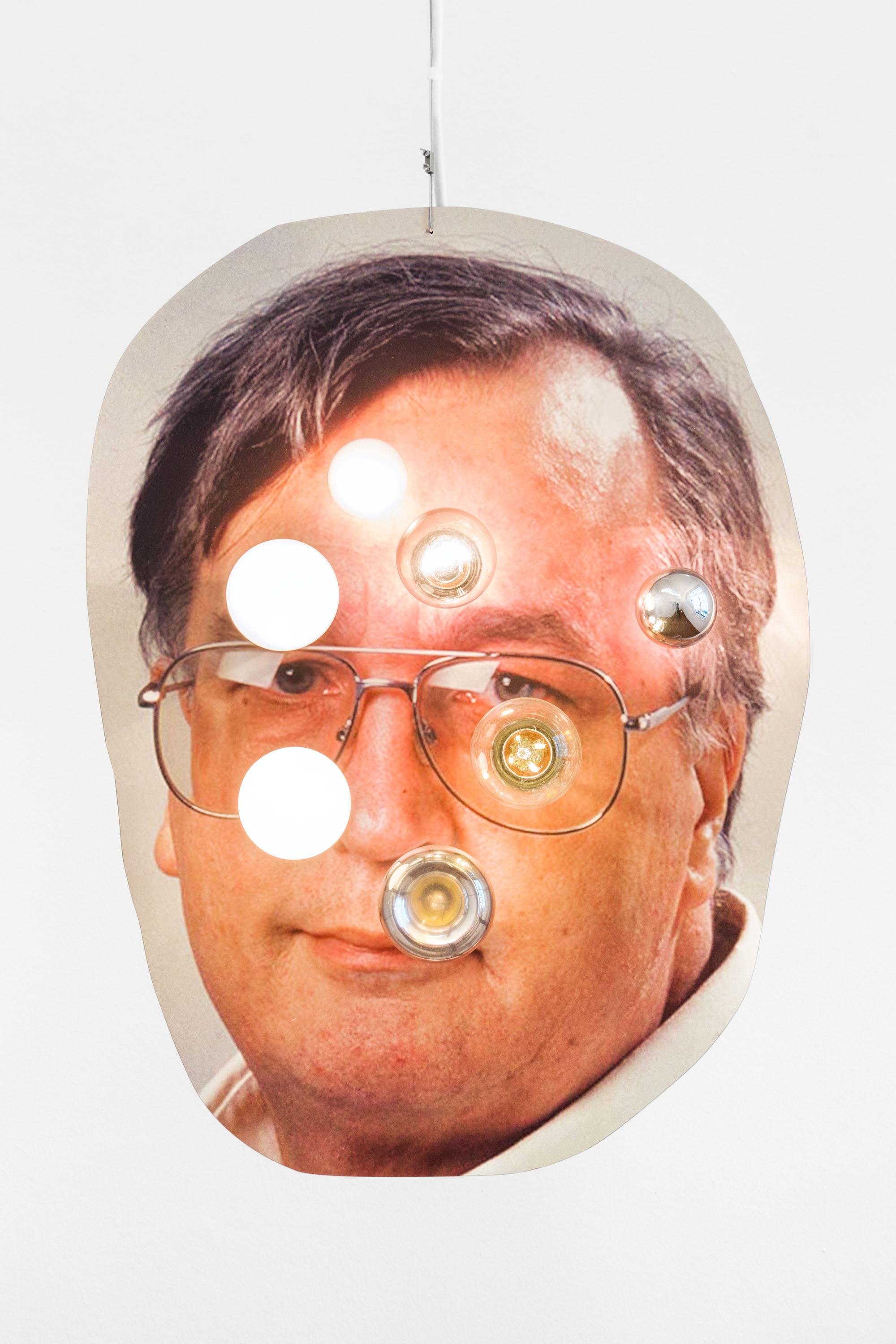 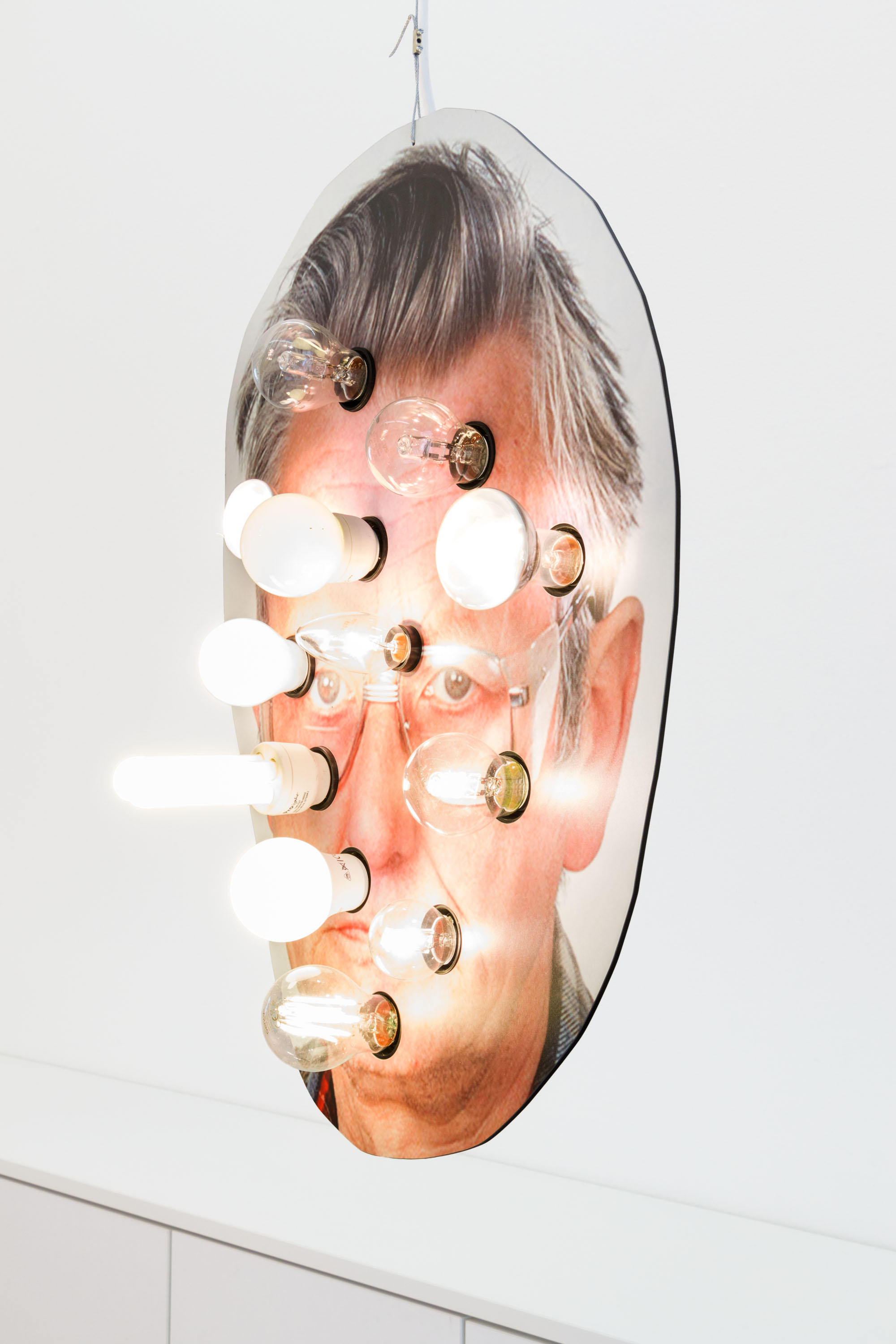 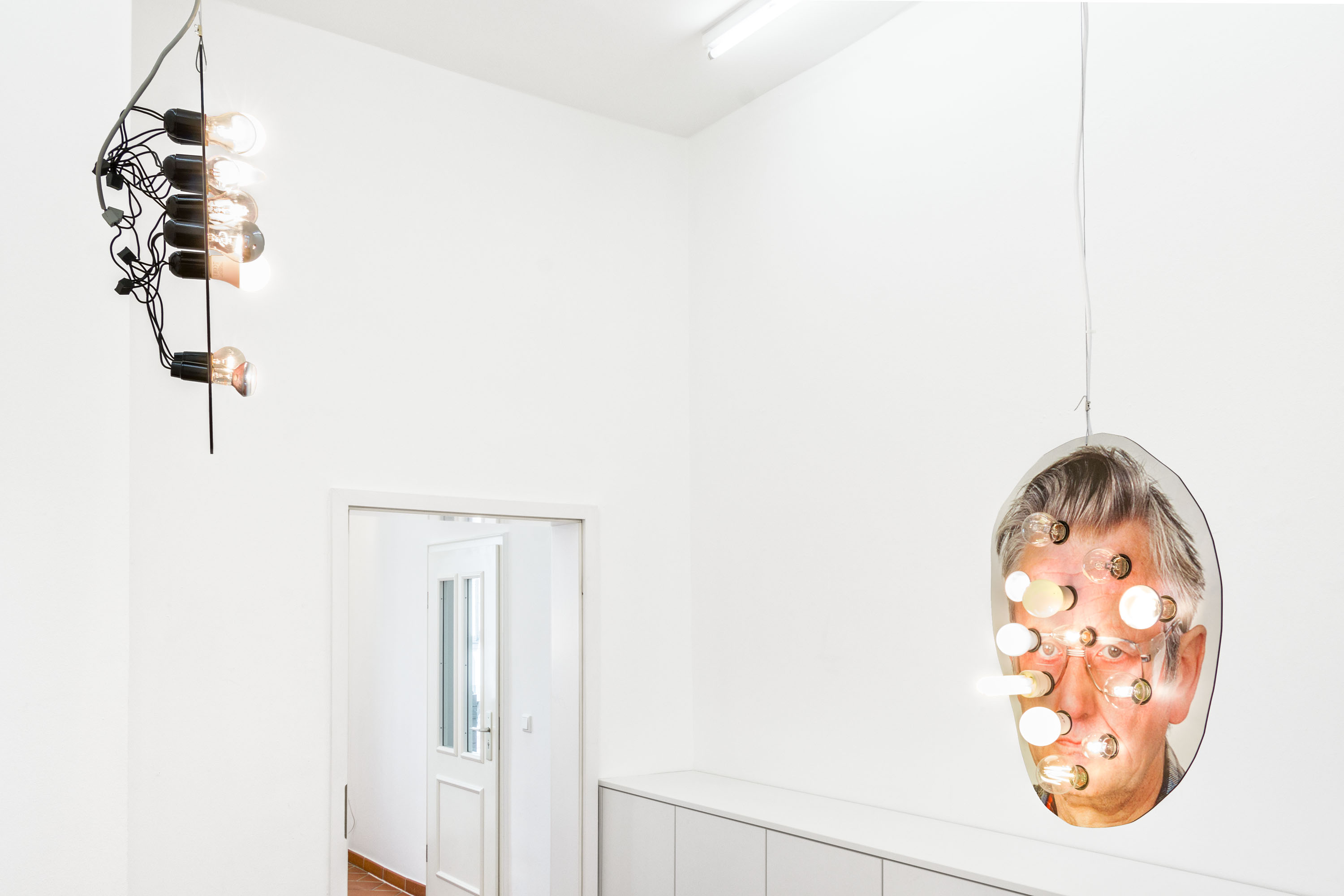 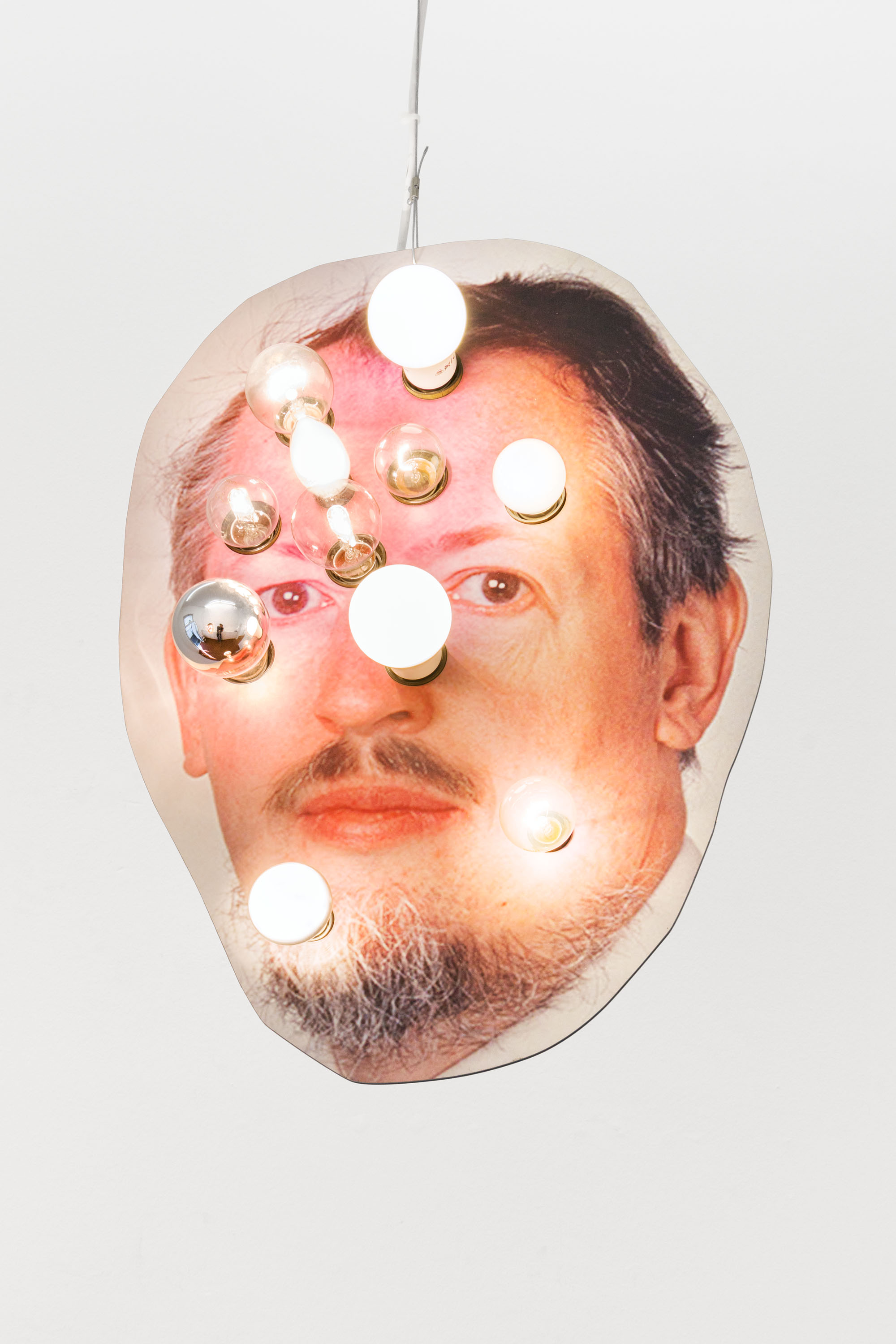 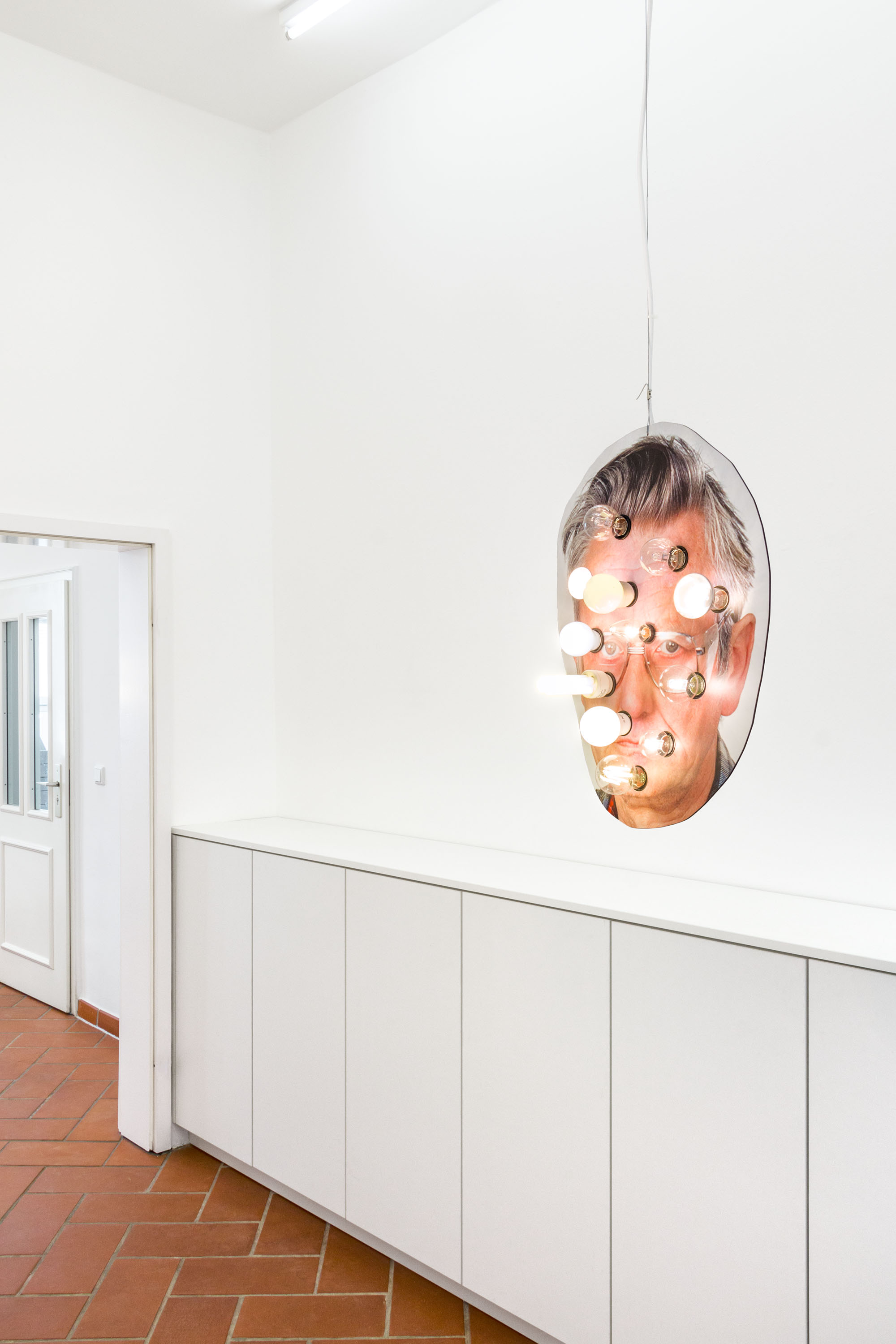 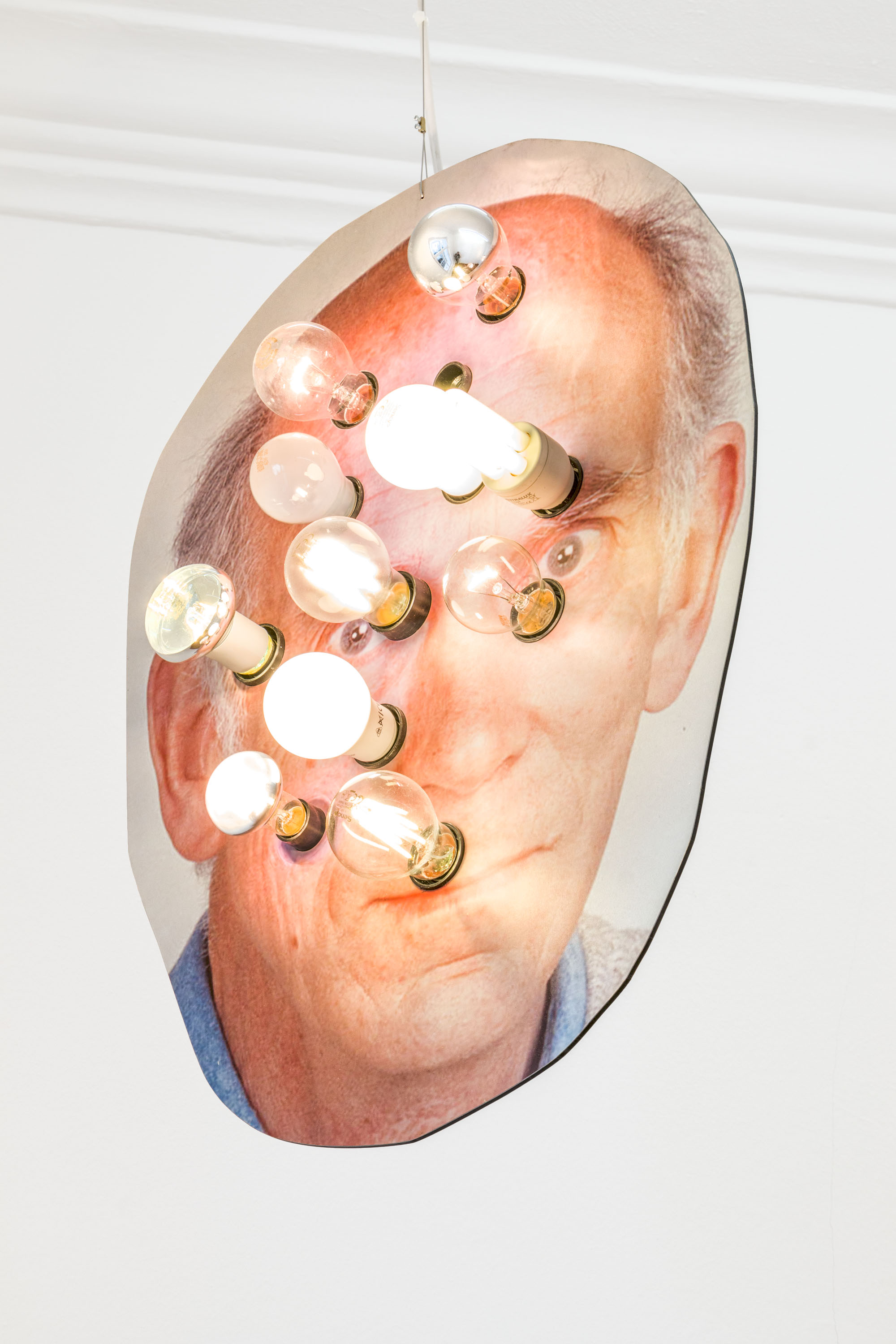 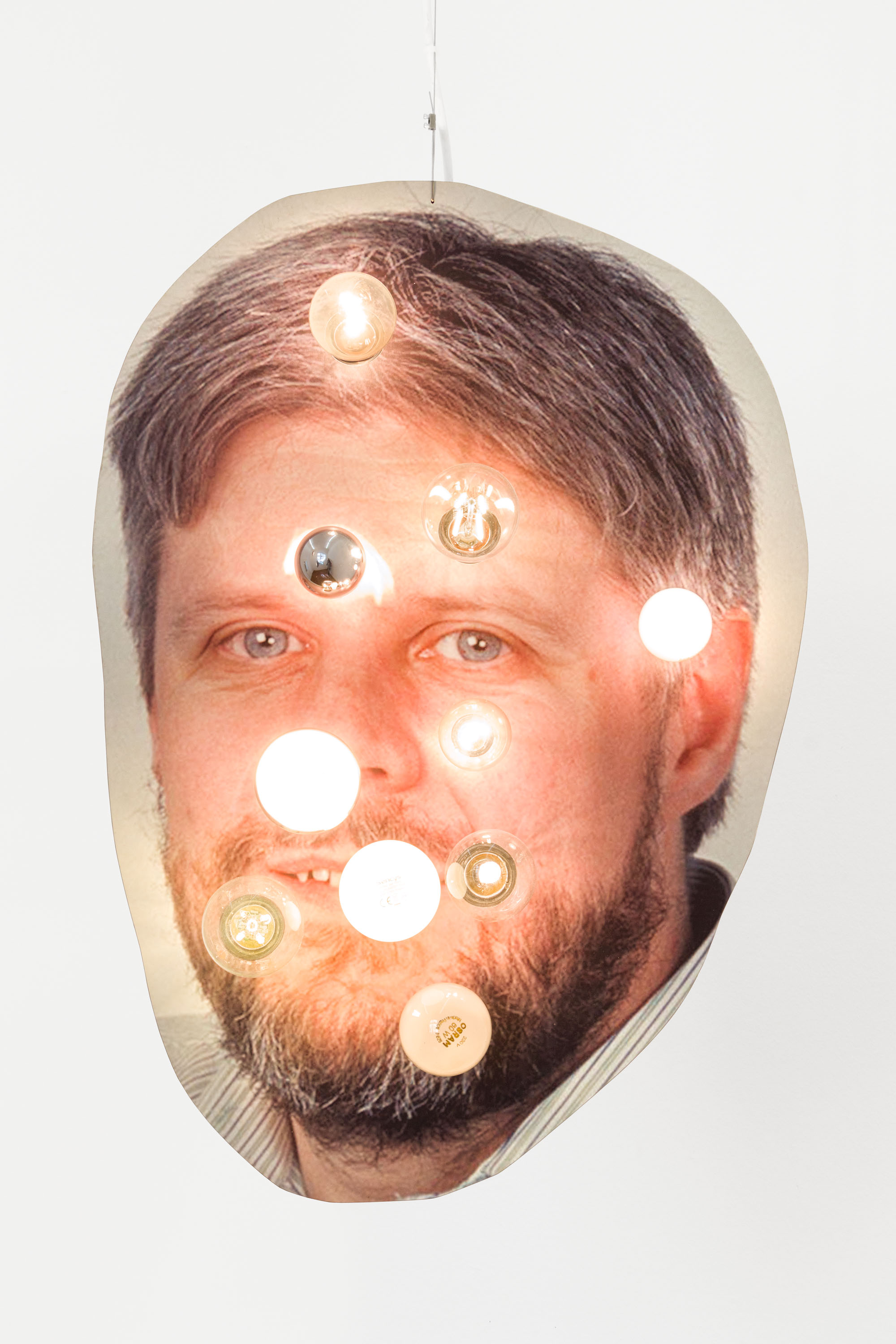