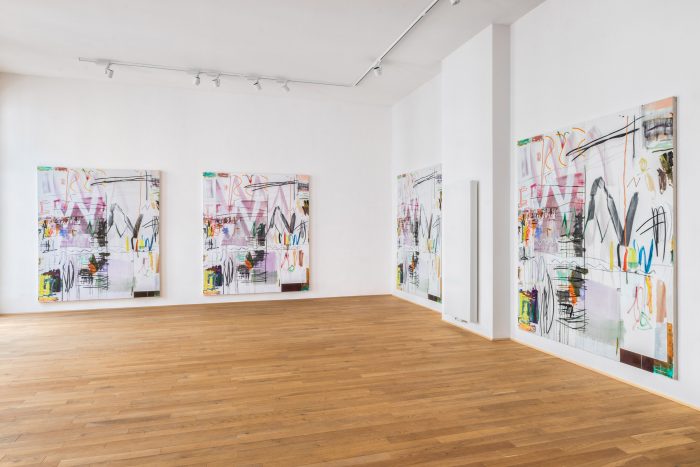 Copy & Waste places contemporary painting in a context with contemporary pictorial discourses. Four equally sized images are shown that appear identical at first glance. On closer inspection, however, not only in the details a wealth of variants are revealed, but also the medial otherness of the fourth picture that was not executed with oil on canvas, but was fabricated as a digital print.

Looking at the more or less identical individual images it becomes clear that the historical model that Andreas Breunig is focusing on here and also basically is the grid painting of post-war abstraction (Of course it had already been a central field of activity for Piet Mondrian). The peculiarities of grid painting include the tension between two different reference quantities: on the one hand a net-like overall system that guarantees image stability, on the other hand, a grid or cell-like microstructure.

In this microstructure, Andreas Breunig creates images in the image that contrast with each other like a collage, as well as being clasped into an overall composition. Graphically dominated, allegedly spontaneously impassively painted textures appear in the context of a multi-faceted tectonics of rectangular flat forms – forms that add and/or intersect in a set piece to create spatial graduations, as well as supposed and real image depths.

The artist consciously pushes his interpretation of the identity-forming parameters of a grid image to the limit. In a virtuoso way stable tectonics threatens to tip over in the negligent, the overturned and the disordered. For that, amongst other things, proliferating strokes are contributing. Sometimes these unloadings seem to be casual, sometimes feverish-nervous and sometimes expressive-stuttering. Rich color hangs precisely-imprecisely in bruised, mesh-like lattices. In coloristic finesse, stripped-down De Kooning and Philip Guston-like brushstrokes mingle. Expressive and exaggerated appearances, however, also merge with the intentionally lapidary – a particular value that has been in place for over half a century in German painting since Sigmar Polke and Albert Oehlen. It is significant for the exhibition Copy & Waste at Kunstraum Sauvage that the periodic and serial nature of the grid painting is conceptually extended to image and image variance mode. With the demonstration of the duplicated, the seemingly identical, Andreas Breunig touches not only current social topics, but also technological topoi which will affect the present and probably also the future of the industrial world: Avatar and robot fantasies revolve around the represenatative, the compliant duplicate, which wants to release man from a real, but also from the existential burden of being an individual.

At least as important as this zeitgeist identity theme is that the specific concept of the exhibition serves as a paradigmatic commentary on crucial artistic issues. Breunig thematises the subject of the individual handwriting as well as the relevant issues of repetition and continuation which are of fundamental importance in the development of an artistic oeuvre. 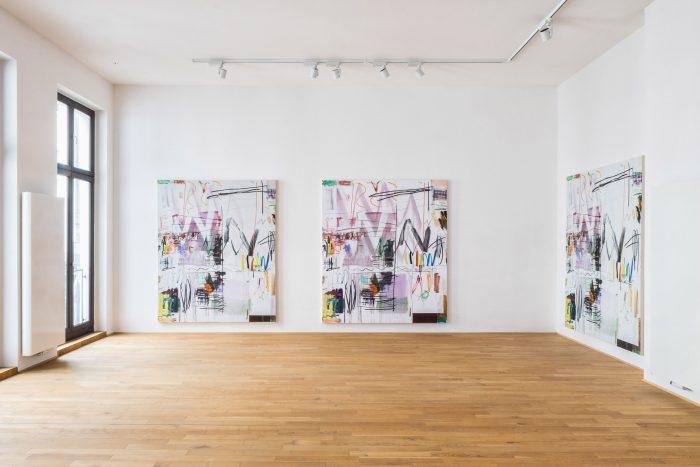 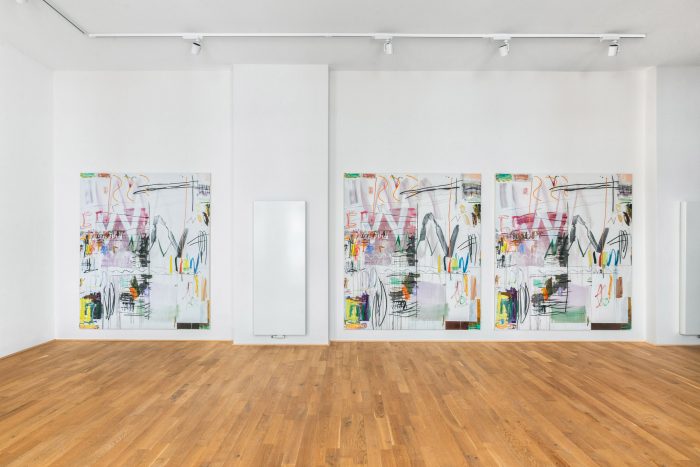 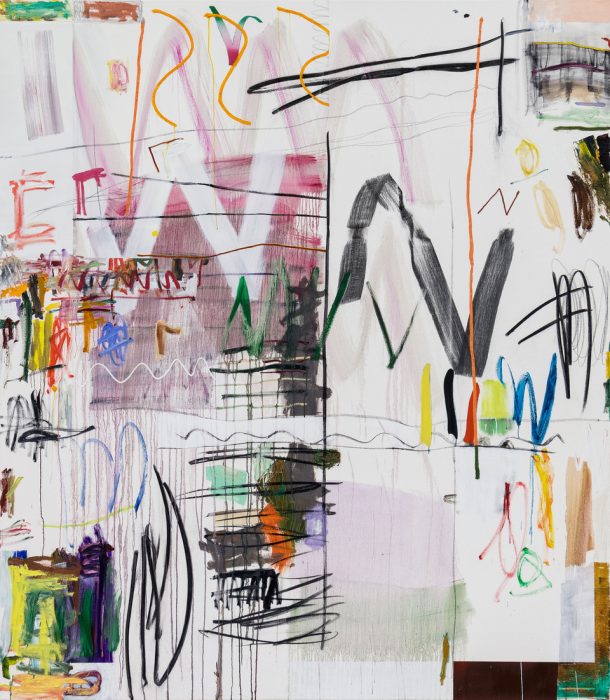